Do you know Takeshi Kitano? He is Japanese very famous and popular comedian and movie director. Japanese people hear he and his movie are famous in Europe, especially France. In Japan, he is loved the comedian "Beat Takeshi" from Japanese people and his characteristic style is malicious language, but no matter what he does, it's hard to hate he. And his relevant remark is great. We call him friendly "Take chan". This is his nickname. ("chan" meaning is.... uhm~~~ explain difficult! Well, for example, a case of my name "tomohachi" is "tomo chan", Japanese common name "Ken" is "Ken chan", "Takashi" is "Taka chan" etc. Do you understand the feeling? It like a "Catherine" is "Cathy", "Rebecca" is "Becky" etc.) 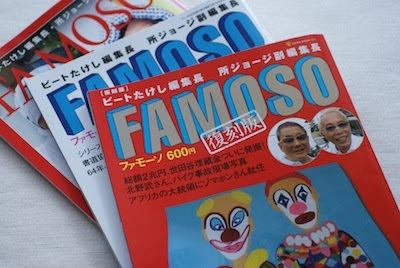 In this magazine, Takeshi play....

the last Japanese soldier. (This establishment is that he was hiding at the upper-class residential area from after war to today. He was found with his superior (skeleton). ) 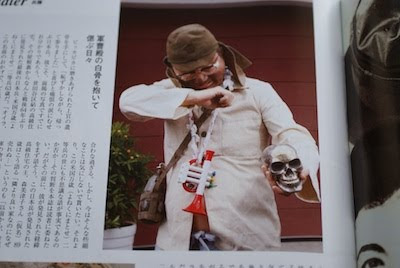 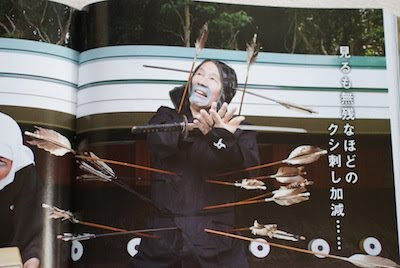 the boss medecine cartel in Colombia. 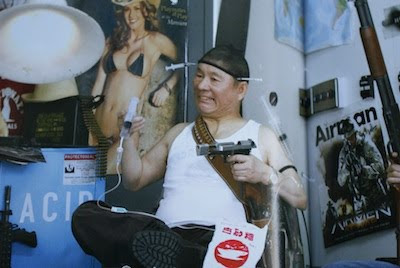 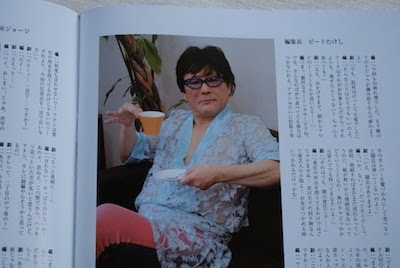 He is lovely and fantastic comedian! He was named a Commander of the Order of the Arts and Letters of France. 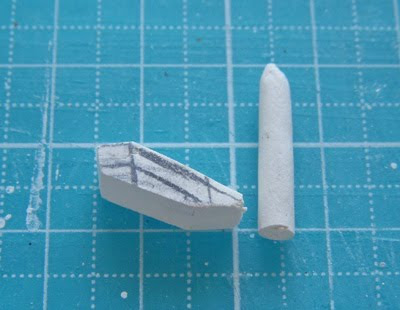 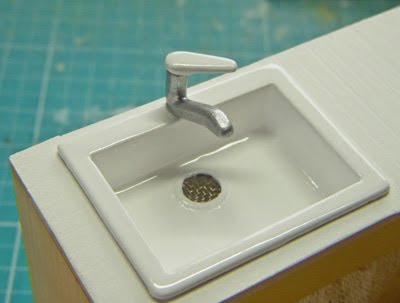 And...
I also made a plumbing from stone clay. 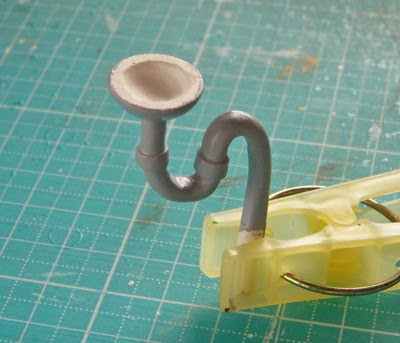 But... it can't see it by curtain. :'-(
The curtain can open and shut. But it is not smooth.
The curtain always will keep shut. 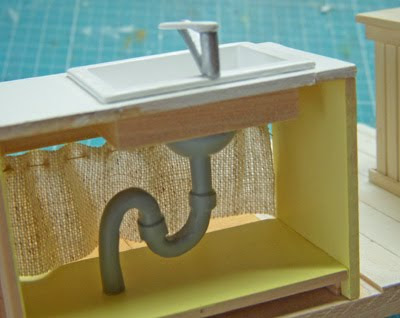 I made miniature pancake by resin clay. The pancake is called "hot cake" in Japan, and Japanese pancake is tick. 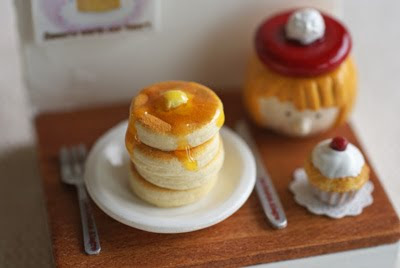 Well, I have learned an illustration in a illustration class. And it has little exhibition of student's illustration. I drew a girl and pancake. A model of the girl is my miniature works that container of girl design. I told to my teacher that I usually make miniature food and dollhouse. She gave me permission to exhibit my miniature works in the exhibition. :D I made it in a flurry. This is not perfect. I will reset it after exhibition. When people see to my illustration and miniature and if they feel "Oh! These are same! Amusing!", I am happy.
Posted by tomohachi No comments:
Labels: miniature

I went to Yokohama museum to see the exhibition of Pompei in the last weekend. The ancient Roman's works are very amazing. I was impressed by their works two thousand years ago. 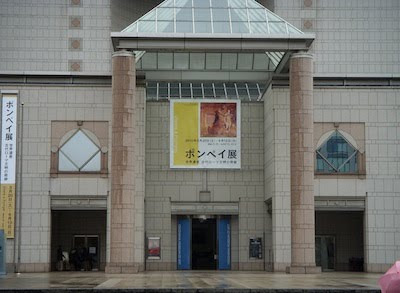 I made miniature windows. I'm tired that put color on the board, cut and glue over and over. 0~:-( I make one more window. sigh... The left side window can open and shut. 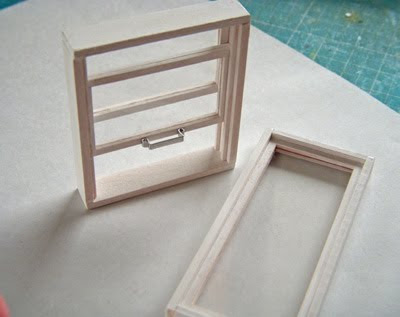 I make miniature sink from wood board. 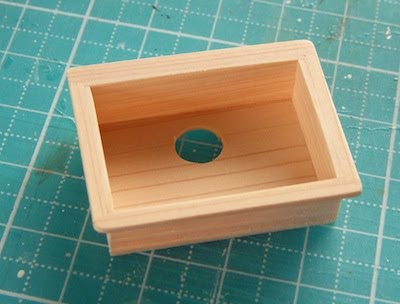 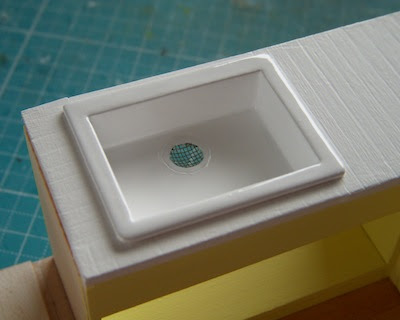 I was waiting for him!

He came from Canada to Japan! I was waiting for him for a long time! 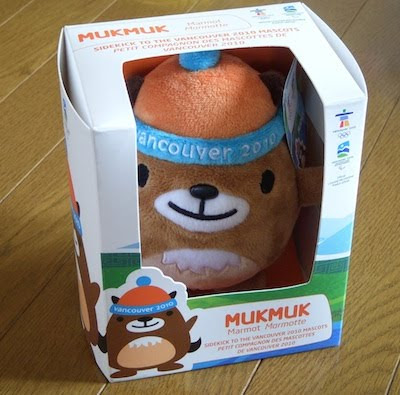 I guess you know him that he is the Vancouver 2010 Olympic mascots MUKMUK. He is a marmot and very cute! I couldn't buy this stuffed toy in Japan. So, I bought this in the Vancouver 2010 Olympic site. I ordered to parcel post. I was waiting with excitement and nervous for about one month and few days. I don't have opportunity that use international mail-order. I had prayed that there was no trouble. He arrived in my home without accident~! Yeah! 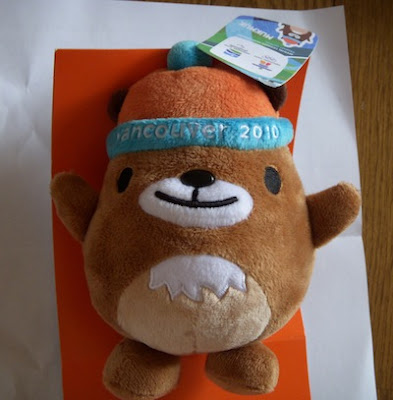 The box is for the Olympic design and not crushed. 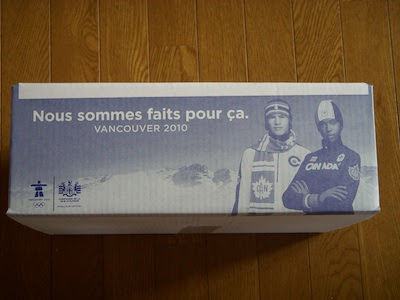 I am satisfaction :D but! ...I cry that the postage is expensive than a stuffed toy. T_T
Posted by tomohachi No comments:
Labels: small talk

I am making the miniature kitchen. I make slow progress, because I cut a lot of wood boards and I assemble them carefully. Shucks! 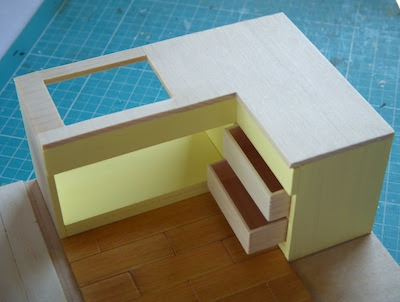 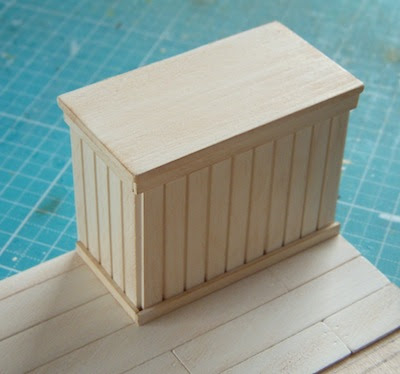 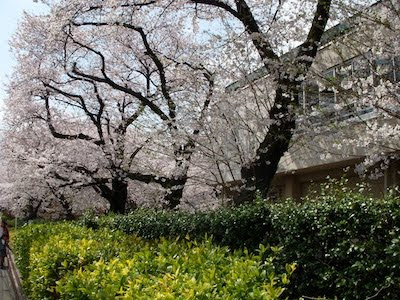 Many people have a party of picnic style under the cherry blossom tree in this season. Everywhere the park was very crowded this day. I don't like crowded. As soon as I arrived at this park, I was tired just see many people. :-( 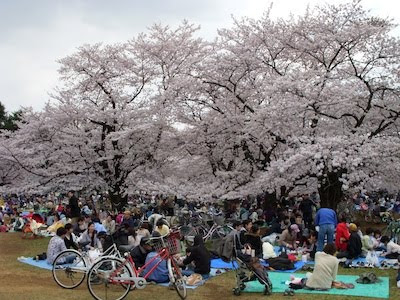 But, flowers were very beautiful! I enjoyed. 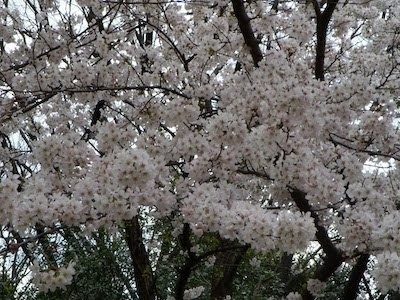 I was hungry and tired. So, I went to Tonkatsu restaurant. Tonkatsu is breaded pork cutlet. I love this food! 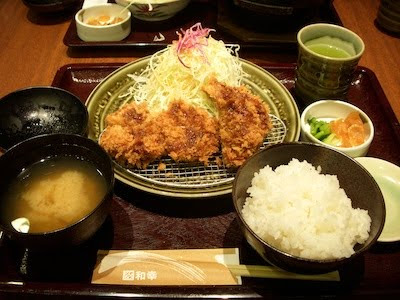 I make a dollhouse after a long time! I make a part of each two rooms on the board (10cm X 15cm). I pasted the floor. 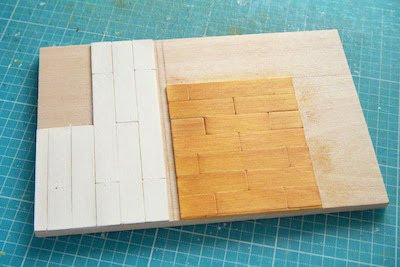