I made new miniature bear. :) I used silk cloth with fur. The total length is about 6cm and a little. I had hoped this length. I got a metal charm of shape of ribbon and put tiny swarovski stone on the ribbon. A bear was be cute. :) 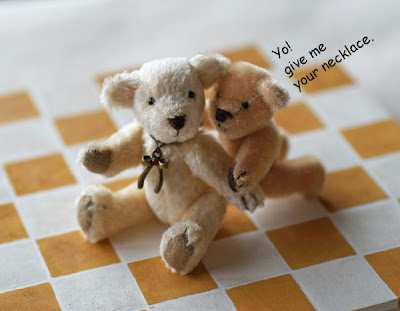 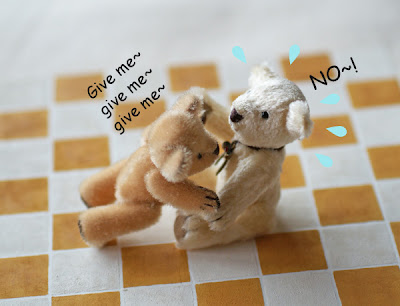 I must be do more practice to do embroidery to nose and stuff cotton. My bears are still awry. I will make more bears.

I have challenged to sew teddy bear now. :) I got beautiful cloths to bears, but I tried making by felt at first. I made first sewed bear (at the center). Yack! What is this?!
This is not bear certainly. LOL 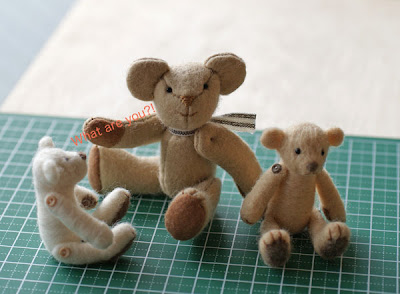 (Bears in the both side made by needle felting)
Second challenge. I used miniature fur. The impression changed that use by miniature fur. Ears, nose and mouth are awry.  The total length is about 6.5cm. 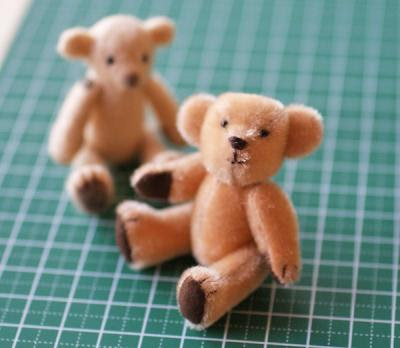 Third challenge. It's bear! Phew~. The total length is about 5.5cm. ummm~ I hope a little more tall. This bear looks like young child. But it's success. :)) 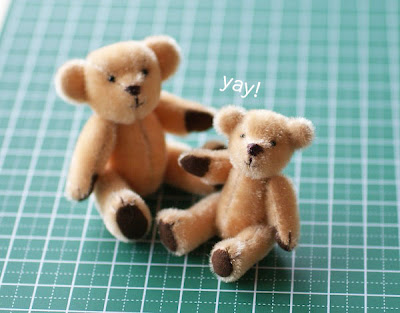 All sewed bears can move head, arms and legs.
I will arrange for paper pattern a little.
Posted by tomohachi 13 comments:
Labels: miniature

I made miniature sliced bagel and marmalade jam. I put marmalade peel into the jam, but it can see little....
A small bowl of marmalade made from plastic board, I did a technique of heat press. It's difficult, specially to cut. I received some advices about heat press by other miniature creator. Hearing is easy but doing is difficult. 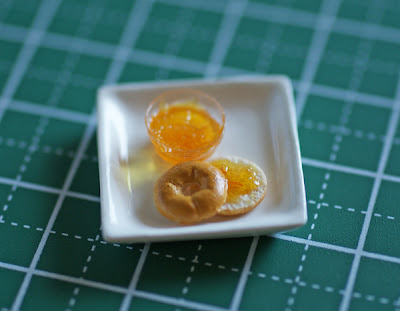 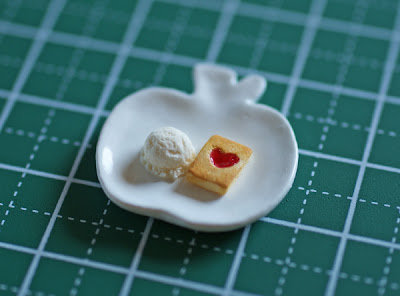 Miniature decoration cream. I made new tip by the teeth of a saw on box of plastic wrap. 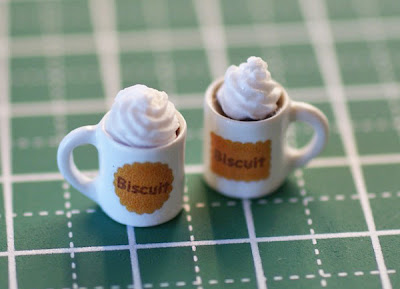 Japanese women soccer team "Nadeshiko Japan" won championship in FIFA Women's World Cup Germany 2011!  Players never give up, they give a dream and hope to Japan after disaster, especially to stricken areas in Northeastern Japan! We learned "Never give up Spirit" from them. Japanese people are exciting!

Some women live in stricken area told in TV interview "We are very happy their championship! They gave us power and hope! We also never give up!"

*"Nadeshiko" mean a kind of dianthus, comes from the phrase "Yamato Nadeshiko" -about Japanese woman- 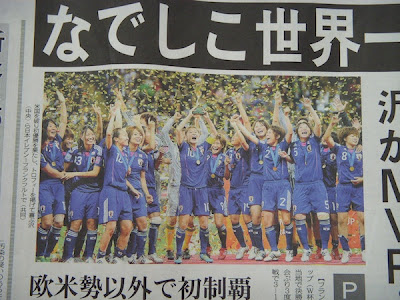 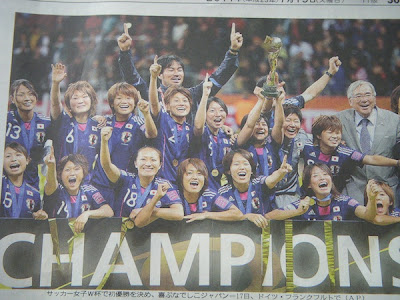 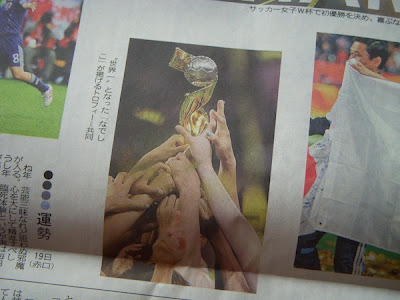 This player Homare Sawa got MVP. 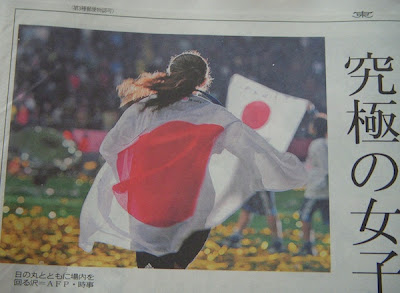 This player Iwashimizu was born in Iwate, Northeastern, Japan. There is message on the national flag to Northeastern people. 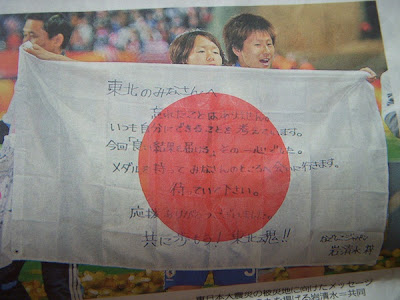 Recover and rebuild in stricken areas are making very very slow progress by stupid government. ):-( A lot of people still are in public hall etc., and number of temporary housings are not enough. Why can not they leave from there, because country don't distribute them relief donations yet by bureaucratic reason. They lost house, money and job, they can not action smooth. (But, of course, there are other reason too. A part of them love for area, they don't have idea move to other city. And some people have got into the habit of laziness. They lose their independence. Anyway, it still have a loooot of problem in Japan.)
Posted by tomohachi 6 comments:
Labels: small talk

Japan is very hot and humid everyday. XO
I made miniature unique plates,  a hedgehog and an apple with a leaf. 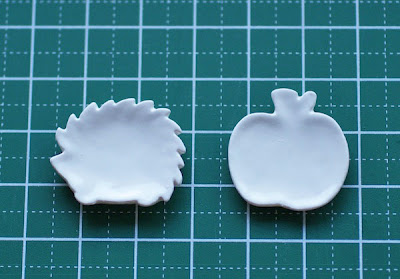 and, I made miniature common container, unique just handle (What is this name in the case of container? pull? catch? grip?), design of cheese and strawberry. It was hard to paint the color to strawberry. I must be think other design. I will put logos or illustration on these container. 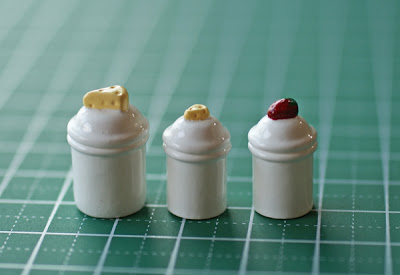 OK, last one today. I made miniature mug and bagel. This mug is slender than old mug I made. 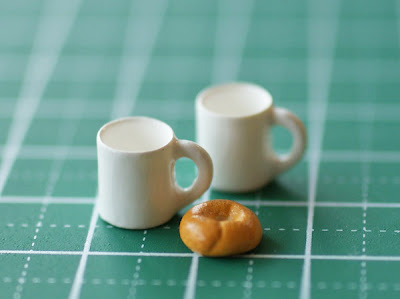